Prince Harry: ‘I wanted to be the bad boy at school’

His grandmother may be the Queen and he attended one of the most prestigious boarding schools in England, but that never stopped Prince Harry from wanting to be a “bad boy”. The 31-year-old has admitted that he liked to get up to no good, and actually didn’t enjoy his years in the classroom too much.

“I didn’t enjoy school at all,” said Harry, who was visiting the Ottery Youth Centre in Cape Town that looks after teens from troubled backgrounds.

“I would have liked to come to a place like this. When I was at school I wanted to be the bad boy.” 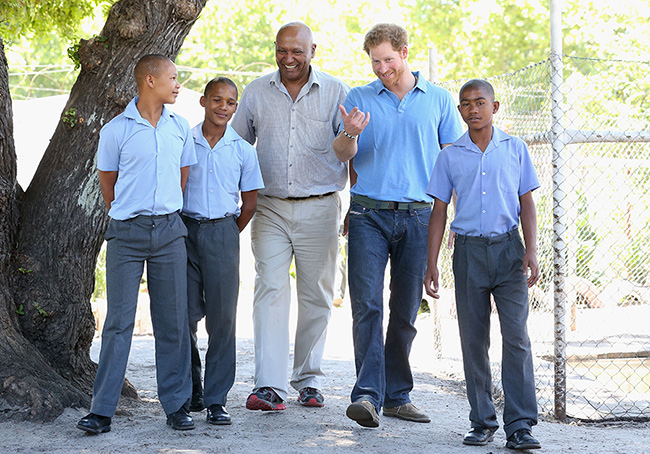 But what was important, said Harry, was not to bow to peer pressure. “It’s much harder to stand up for what you believe in,” he said.

The Prince is currently on a tour of Lesotho and South Africa, where one of his engagements took him to the youth centre. The teenagers have all been referred there by the courts, and one of the programmes they attend is overseen by Professor Ruben Richards, an expert in gang culture.

When the professor asked if anyone knew who Prince Harry was, he was met by a room of blank faces. 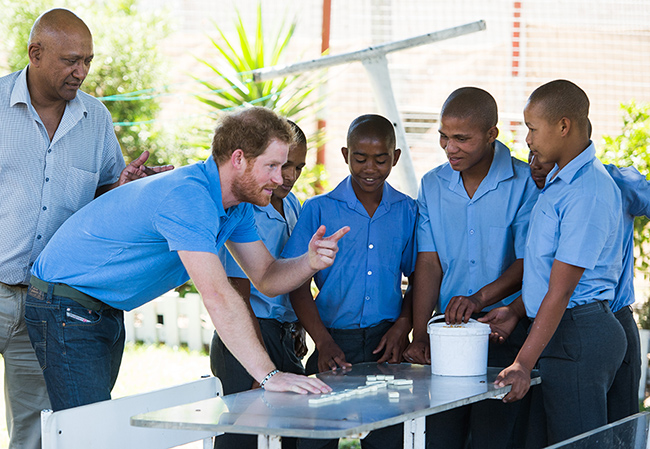 “I’m much cooler than my older brother William,” quipped Harry

“That’s the right answer!” laughed Harry, who went on to introduce himself. “My name is Prince Harry, the Queen of England’s grandson, Princess Diana’s son. I’ve come all the way from England to see you guys. I’m interested to hear all your stories.”

Harry spoke to the boys about the importance of role models in avoiding the lure of gang culture. And while delivering the important message, the cheeky royal couldn’t help take a dig at his big brother Prince William.

“If you’ve got an older brother that’s not into gangs, that’s a huge positive,” said Harry. “Older brothers are supposedly the cool ones. I’m a younger brother but I’m much cooler than my older brother.”

Professor Richards laughed and promised not to tell William, to which Harry replied: “That’s alright. He knows it.” 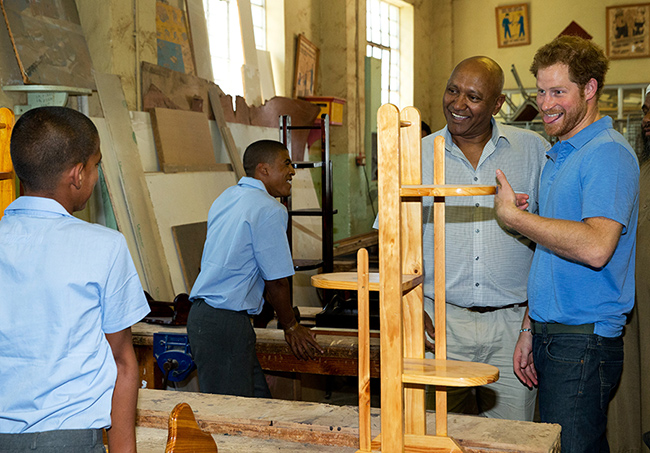 “When I was at school I wanted to be the bad boy,” the Prince admitted

One of the boys Harry met was 16-year-old Amigo, who is from Mozambique but whose father hails from Brazil. Amigo started smoking and drinking alcohol from the age of seven.

Harry also chatted to one boy nicknamed Lucky, who arrived at the centre two years ago. “I had a lot of anger,” said Lucky. “A big guy abused me when I was six. I came here because I needed help.”

Since then Lucky has taken up martial arts, including kickboxing and karate, and has proved successful in competitions. “That’s why they call me Lucky,” he said. “My anger started to go out of me.”

Harry arrived in Lesotho last week to open the Mamohato Children’s Centre – a new facility run by his charity Sentebale. The Prince has since travelled to South Africa where he will spend the week carrying out engagements, before returning to the UK on Thursday.